The other night, in a moment of rage, my kid yelled that her father and I had failed her as parents for her entire life.

Extenuating circumstances: she had been missing one of her meds. And of course, the world. And she hasn't lived long enough to know that that it's really, really destructive to hit someone you love in their most tender spot during a fight. Maybe she doesn't even know what a tender spot it is. I managed not to make the obvious, unforgivable retort, because I do know.

But I'm having a lot of trouble forgiving her. I'm angry because I feel like we've done nothing but give of ourselves for her her entire life, no matter what it cost us. And maybe also because, in some part of me, I believe she was right.
Posted by willaful at 1:02 PM No comments:

Email ThisBlogThis!Share to TwitterShare to FacebookShare to Pinterest
Labels: personal

I'm taking my daughter out of school tomorrow. I don't care if she flunks. They've got their heads buried in the sand.
Posted by willaful at 1:51 AM No comments:

When my baby was an infant, I used to do what's called exclusive pumping, because we never managed to make breastfeeding work. Exclusive pumping is really the worst of both worlds -- you don't get that special intimate contact with your baby, but you still have to give up hours and hours of your time.

Now I'm in kind of the same situation again. My husband and I are both in higher risk groups for the coronavirus. We're lucky that he works from home and "social distancing" is pretty easy. Except... my kid has a regular routine of seeing her friends, at their house, twice a week. And they're not nearly as concerned about being careful as us, and their mom works with the public.

And once again, I'm going with psychological health. We've made some adjustments -- her respite care worker isn't taking them out to a restaurant as usual. But all this change and disruption is already so hard on her, I can't bear to cut her off from the things that help keep her sane.

Still debating myself over whether I should go to ballet class and the potluck, which are what help keep me sane.
Posted by willaful at 6:38 PM No comments:

It's been an extremely packed last year for me, especially with my child turning 18 and all the complications that brings for a developmentally delayed person, but this is the only news of particular relevance: my child also came out as trans, so I'll be talking about my daughter from now on.

My daughter also moved out, though not so very far out. :-) She's living in our "granny unit," and getting some experience at taking care of herself. It's a pretty good arrangement: more privacy for everyone, but we still get to spend time together, and help her with things she's not ready for yet.

I'm still having some adjustment issues, though. Last night I asked her to get to an evening meeting by bus, because her father and I wanted to spend some time together. I guess I didn't really think she'd have the executive function together to pull it off, though, and was startled when I realized she had actually left, and I didn't know if she'd gotten there okay. It's hard-wired in me to need to know where she is!

Also... I miss her. Even though she's right next door.

Letting go is hard.
Posted by willaful at 1:35 PM No comments: Day 4: Reactions to 'coming out'

I don't have much to say on this topic, because mostly I don't. I've told Twitter and my immediate family. My therapist thinks it would be good to tell my doctors, and maybe it would, but I just can't face it. I hate being questioned and I know this would bring on a barrage of questions, and probably a lot of disbelief. I had enough of that when my son was little, and I couldn't get anyone to take my concerns about him seriously.

Posted by willaful at 8:29 PM No comments:

My story is boringly similar to other adult-diagnosed autistics. I had always felt different and had a hard time connecting to people -- and though I didn't really realize it at the time, was prone to meltdowns. But I had many issues to attribute this to: Living in a counterculture; moving around constantly; a childhood filled with neglect at best and abuse at worst.

And then I had a child, and endeavored to give him the most secure, loved, comfortably middle-class life possible. Nice home, which he's lived in since he was born. Loving parents. Christmas and Hannukah and Easter and Passover. Plenty of everything, but not to excess. Right out of one of my favorite children's books.

And nonetheless, he was basically me. The sensory needs, the anxiety, the odd freakouts. Like me, he was very happy and friendly and open when young, and then grew lonely and closed off and suspicious. Like me, he was intelligent, but had some communications issues. (I was a late talker, which no one thought anything of at the time.) Like me, he had a desperate need to chew on things. (I am so envious of what's known and available for this now. I chewed on my hair, the hands and feet of dolls, and pen caps. I hate to think how many chemicals I ingested.) Like me, he had a much easier time getting along with adults than other children.

He was diagnosed when he was two, so I had plenty of time to read about autism and notice all the ways in which I had been similar. I sought out an autism-friendly therapist, not really sure if it was for him and me. As it turned out, I started seeing the therapist and they diagnosed me. (I sometimes feel guilty about this, for "hogging" my therapist, but I'm not sure my son would be open to it anyway.)
Posted by willaful at 12:35 PM No comments:

Email ThisBlogThis!Share to TwitterShare to FacebookShare to Pinterest
Labels: autism

What I love about being autistic is... hmmm. This definitely requires some thought.

I love the pleasure I get from stimming, especially visual stimming. I love sensory experiences, though proprioception issues have ruined some of them for me. (Spinning and swinging both now nauseate me.) I love having a good memory and hate that I'm losing it as I get older.

And I love having insight into my son's needs.
Posted by willaful at 9:18 PM No comments: 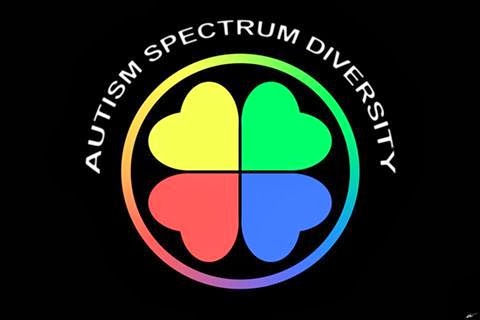